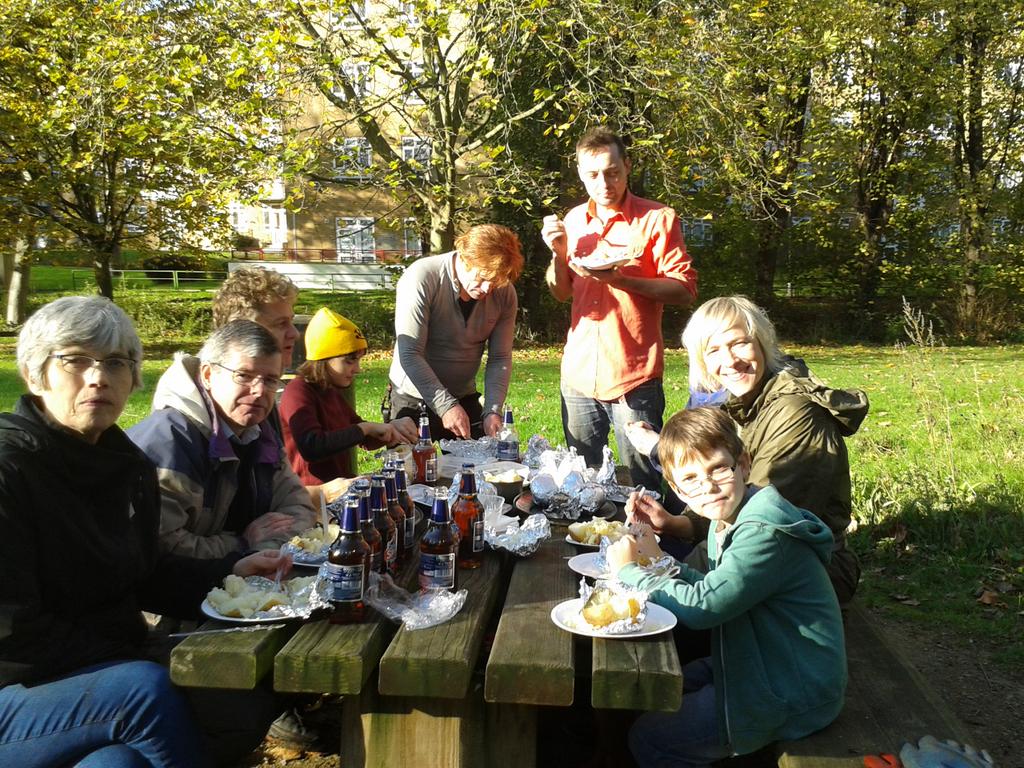 On Remembrance Sunday the Friends undertook some work in the wood and meadow.  A patch of earth was dug in the meadow and a number of wildflowers planted.  Nettles and other weeds which had threatened to strangle the newly planted hedge were taken out and put in the wood to rot down and make a mulch.  The willow dome was dismantled and placed against the hedge at the far end of the field.  It will, in due course, become a “dead hedge”.  In addition the holm oaks in the wood, which are an invasive species, were cut down.  The area is now much tidier and, come the spring the wildflower meadow will be a riot of colour and the hedge will also start to mature.